Takeaway 2: Remember your users are not IT engineers

As an IT Business Analyst for major French banks and A.M. companies in New York, France and Hong Kong, this is a common idea that I have heard many times over the years from my users. And it is understandable after all. Business is the main sponsor for IT systems, they decide on the budget and most of the time they are involved in the due diligence process to choose their preferred vendor (or they become the client if you decide to build a tailormade system internally). So yes, they are the group which can  be angry, disappointed, and sometimes resigned – and you should probably try to avoid that stage.

The main components of perceived quality

1) The Occurrence of rare high-impact problems

They mostly happen overnight and are mainly due to data provider or data integration issues. A robust way of preventing these would be to consider implementing a ‘follow-the-sun’ support model. It’s also a good way to avoid unpleasant night calls.

They are the most insidious and underestimated support issues. They create a trust gap over time with your users. However, those recurring issues are rarely IT or systems issues, but rather data input issues. Correcting the data input before a user finds out is paramount and prevents them starting to doubt everything else about your system.

This sounds obvious, but the best way to reduce your resolution time and boost reactivity is too eliminate troubleshooting and investigation. And the best way to do that is once again to anticipate your data input issues. Not only it will decrease your support cost but it will also improve user satisfaction.

IT vs Data issues

As we have seen, most IT issues are simply a data issue (lack of data or lack of data quality). The core software is rarely the root cause of an issue, because software improves over time and hopefully becomes resilient enough to handle various scenarios.

However, data are erratic and sometimes unpredictable:
1. There is so much data, every day, from various providers, all facing their own issues.
2. A data point itself can be untrustworthy and might need a second look.

Collecting data doesn’t necessarily mean they are the data you were supposed to receive… I remember back in the day in New York, I had to develop a piece of software that was basically to help traders to make decisions by collecting and aggregating data from numerous internal and external data feeds. 90% of my support duty was related to data input and quality rather than debugging the code.

The problem is you can’t ask your users to distinguish between an IT and a Data issue. They are just frustrated that they they can’t properly use the software they contributed to (and which cost them so much from their last year’s P&L!).

As a result, I am convinced that the focus of any head-of-support team should be on data input: in other words, based on a – state-of-the-art Data Management team. This team should act as a “data Ops” service to shorten the data life cycle from data integration, quality control, data storage and processing until visualization.

To achieve this, the dataOps team should have a 360 degrees view of the IT data workflows (downstream and upstream), as well as an understanding of the meaning behind the data for various type of users, knowing the criticality and the impact for them.

In conclusion, the value of anticipating data issues is tremendous for improving the overall satisfaction and perceived quality of your software. Having a strong Data Management team at the core of your production process is the best Return-on-Investment for improving reliability and consistency which, over time, are the key ingredients to increase trust. software quality

Landry has 15 years’ international experience working as an IT Business Analyst and Project Manager for prestigious Investment banks and Asset Managers. He has a strong expertise in Business Intelligence and software development as well as core-industry knowledge. In 2012, he opened the Hong Kong Branch of Sedona, focusing on IT and operations outsourcing for financial institutions. 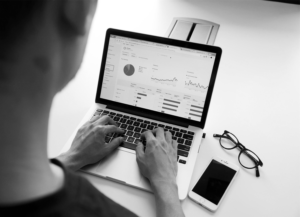 « Why did we invest so much money in that so-called ‘state-of-the-art‘ software to end up with so many bugs and IT issues ?!» Mike T. – A random angry user As an IT Business Analyst for major French banks and A.M. companies in New York, France and Hong Kong, this is a common idea […]

Any cookies that may not be particularly necessary for the website to function and is used specifically to collect user personal data via analytics, ads, other embedded contents are termed as non-necessary cookies. It is mandatory to procure user consent prior to running these cookies on your website.